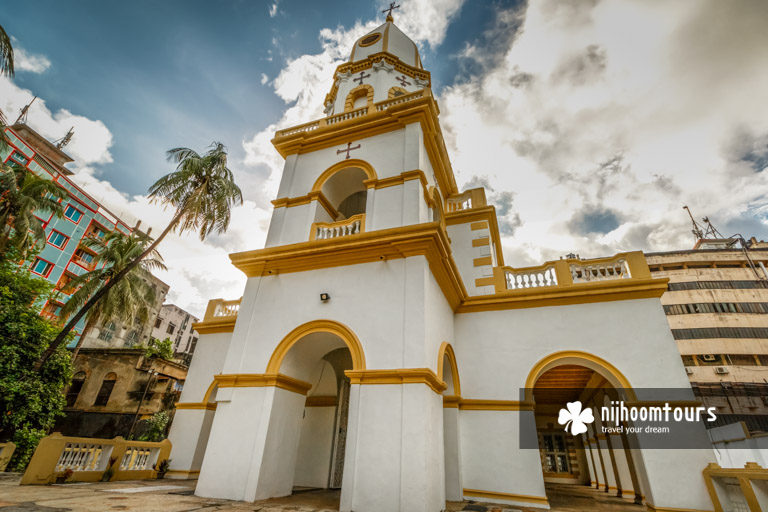 “The minorities in Bangladesh should have been celebrating Durga Puja but instead they are living in fear. The attacks on religious minorities, their temples, houses and businesses are parts of a blueprint to force them to leave the country. It is unfortunate that a majority of the grassroots leaders of the ruling ‘Awami League Thugs’ are also seen joining them in conducting the attacks, I understand what our Hindu brothers and sisters are going through in Bangladesh.” — Zahid F. Sarder Saddi.

WASHINGTON, D.C. — In recent years, the political landscape of Bangladesh has been fraught with corruption and prejudice as autocratic regimes have risen to power through undemocratic means. As political tensions in the country are rising, the country’s most marginalized groups — religious and cultural minorities — are taking the brunt of the aggression. To combat this frightening trend, exiled Bangladeshi politician Zahid F. Sarder is working to find a way to bring democracy back to Bangladesh and end the mistreatment of minorities in his country.

Zahid F. Sarder Saddi is not your average Bangladeshi politician. Educated at Penn State in the US, Saddi is a westernized, pro-American, and pro-democracy member of Bangladesh’s opposition party, the Bangladesh National Party (BNP). The BNP is largest political party in the country with moderate views. Saddi supported U.S. sanctions against Bangladesh’s current autocratic regime, which came to power in an undemocratic sham election. Saddi currently lives in exile in the US after a sedition charge forced him to leave his beloved home country.

Now, Saddi is using his influential voice to call attention to the miss treatment and injustices suffered by religious and cultural minorities in Bangladesh that frequently occurs during the weeks preceding and following elections. “Every time an election comes around, minorities suffer,” he explains. “It pains me to see the brutality and inhumanity that my countrymen are capable of just because of a difference in beliefs. Bangladesh is a beautiful country, and every one of its citizens should be free to enjoy it. We all deserve to have our voices heard.”

Zahid F. Sarder Saddi recalls his reaction to the recent destruction of a religious temple by members of the current ruling party. “The minorities in Bangladesh should have been celebrating Durga Puja but instead they are living in fear,” he said. “The attacks on religious minorities, their temples, houses, and businesses are parts of a blueprint to force them to leave the country. It is unfortunate that a majority of the grassroots leaders of the ruling ‘Awami League Thugs’ are also seen joining them in conducting the attacks, I understand what our Hindu brothers and sisters are going through in Bangladesh.”

Saddi hopes to bring an end to the brutalization of minorities under corrupt regimes, restoring a true and fair democracy for all citizens of Bangladesh – no matter their cultural, religious, or political ties. “If we hope to end the oppression and violence against religious minorities, we must address the rising problem of radicalization in Bangladesh,” says Saddi.

Throughout his career, Zahid F. Sarder Saddi has worked hard to oppose the growing threat of radicalization, becoming one of Bangladesh’s most vocal critics of its rise. A moderate and principled politician, he has been working with the US Congress on both sides of the aisle to promote democracy, human rights, and voting rights in Bangladesh. He has participated in congressional hearings and influential discussion panels on Bangladesh, at times working directly with US National Security.

Saddi came from a well-known political family. His father, a retired Secretary, ran many ministries in the government of Bangladesh, serving as an ambassador to foreign nations and working as a United Nations Country Representative to conduct UN peacekeeping missions in Cambodia. A member of Saddi’s family, a popular political leader, was killed by the current PM government back in the 1970s; he was the first person to be killed in police custody in Bangladesh history. Saddi’s family has been in the political sphere for decades; according to him, it seemed only natural to follow in his family’s footsteps and join the fight to make a difference.

Saddi is also very close to BNP founder President Zillur Rahman’s family. Saddi was appointed by the Khaleda Zia, the Prime Minister of Bangladesh, to serve the nation as a Foreign Advisor. He was also appointed as a special envoy of the BNP. With his notable connection to the western leadership, living in the US offers Saddi more freedom and flexibility to promote democracy and human rights issues in Bangladesh.

Zahid F. Sarder Saddi has faced attacks by the present ruling party and autocratic regime, including the sitting Prime Minister, who personally attacked and criticized his work in the USA. He has been called a “traitor” and found himself the subject of politically motivated litigation in Bangladesh for his role in combatting human rights abuses and promoting democracy.

Zahid F. Sarder Saddi believes that if there were a free and fair election in Bangladesh, then the BNP would win a landslide victory and form a truly democratic government where Saddi could open up the country’s geopolitical and foreign policy. As a Bangladeshi politician living in the US, Saddi enjoys freedoms of every nature. He would like to see this level of personal freedom and human rights (including universal suffrage) in Bangladesh when democracy is finally restored. This year, the US and Bangladesh celebrate 50 years of diplomatic relations. Saddi is looking forward to a long future of working together to build a better world.