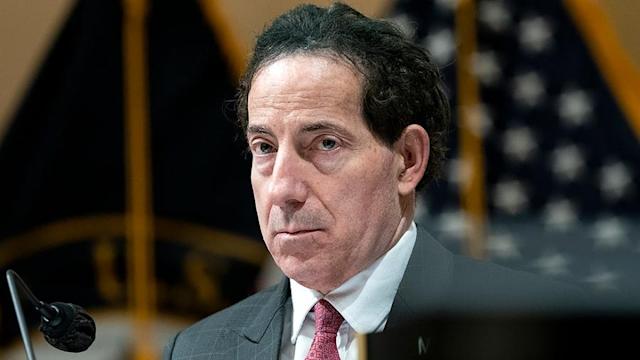 ❝Zahid F. Sarder Saddi is one of the Bangladeshi politicians who wholeheartedly support the United States’ sanctions against Bangladesh. Saddi served as the Foreign Advisor to three-time Prime Minister of Bangladesh the Hon’ Begum Khaleda Zia. Saddi personally thanked Chair Jamie Raskin for standing by the people of Bangladesh, believing that the human rights violations in his home country require a serious response that puts financial and political pressure on Bangladesh for the safety of close to 165 million citizens.❞

WASHINGTON, D.C. — Member of US house of representatives and Chairman of the congressional Oversight Subcommittee on Civil Rights and Civil Liberties, Jamie Raskin, has urged his colleagues to join him in standing with the people of Bangladesh, especially those bravest and most vulnerable.

He also urged the Bangladesh government to take immediate action to respect the civil rights and safety of all the people of Bangladesh.

Democratic party member Jamie Raskin made the call in a session of the US congress on 7 June. His statement has been taken from the congressional record published in the US congress website.

Jamie Raskin is a member of Democratic Party and elected from Maryland. He is also a member of the Tom Lantos Human Rights Commission.

Earlier, on 10 December, the Human Rights Day, the US imposed sanctions on Bangladesh’s Rapid Action Battalion (RAB) and its current and former seven officials on charges of violating human rights.

Before that, in August, a discussion of the Tom Lantos Human Rights Commission expressed concerns on the situation of forced disappearances in Bangladesh.

On 7 June, while speaking in a session presided over by House of Representatives speaker Nancy Pelosi, Jamie Raskin said, “I rise today in solidarity with the people of Bangladesh. I want to voice my support for human rights defenders, members of minority groups, and civil society in Bangladesh at this moment when the Bangladeshi government is persisting in threatening the basic human rights and civil liberties of its people.”

He also said the Bangladeshi government, led by Sheikh Hasina of the Awami League, has earned widespread criticism for its deteriorating human rights record, and for its failure to protect the most vulnerable people living in Bangladesh – indigenous people, women, religious minorities, activists, and refugees.

On International Human Rights Day last year, the US Department of the Treasury announced sanctions on the Rapid Action Battalion, citing how their actions undermine the rule of law and respect for human rights and fundamental freedoms.

The United Nations reported that since the sanctions against the RAB officials were announced in December, the Bangladesh government has responded by launching a retaliatory campaign of intimidation and harassment.

US congress member further said Amnesty International tracks human rights abuses in Bangladesh and has noted their acceleration during the pandemic. Under the draconian Digital Security Act of 2018, Bangladeshi journalists and other human rights defenders are routinely persecuted for reporting on corruption or criticising any of the government’s policies.

He also said Covid-19 policies against public gatherings have been used to prevent political meetings, and to quell public protests against the government. Violence against women and indigenous activists has also intensified during the pandemic.

The Bangladeshi government employs a joint task force composed of members of police, military, and border guards called the Rapid Action Battalion, and it has consistently failed to address the excesses of these and other security forces. The Rapid Action Battalion and other Bangladeshi law enforcement entities are alleged to be responsible for more than 600 disappearances since 2009 and nearly 600 extrajudicial killings since 2018. These incidents reportedly target opposition party members, journalists, and human rights activists.

Some Bangladeshi politicians believe that the U.S. sanctions are justified– when human rights violations are being committed and people are being killed or tortured merely for supporting an opposing political party, swift and severe action must be taken in order to protect human lives from further senseless violence.

Zahid F. Sarder Saddi is one of the politicians who wholeheartedly support the United States’ sanctions against Bangladesh. Currently politically exiled from Bangladesh, Saddi served as the three-time Foreign Advisor to Bangladesh Nationalist Party-BNP’s Chairperson and former Prime Minister, the Honorable Begum Khaleda Zia. Saddi personally thanked Chair Jamie Raskin for standing by the people of Bangladesh, believing that the human rights violations in his home country require a serious response that puts financial and political pressure on Bangladesh for the safety of close to 165 million citizens.

Zahid F Sarder Saddi stated: “Several months later, the United States is upholding the sanctions, demanding investigation of the extrajudicial killings and ‘enforced disappearances’ connected with the RAB– and thus far, Bangladeshi leadership has not complied with these demands. Reportedly, they’re instead intimidating the families of people who have ‘disappeared’ at the hands of the RAB and attempting to silence discussion of the violence. It seems that the Awami League regime is unwilling to comply with the demands accompanying the U.S. sanctions, instead carrying out further violence and intimidation tactics. In short, they are sacrificing the wellbeing and safety of Bangladeshi citizens in order to protect the regime’s own already-tarnished reputation.”