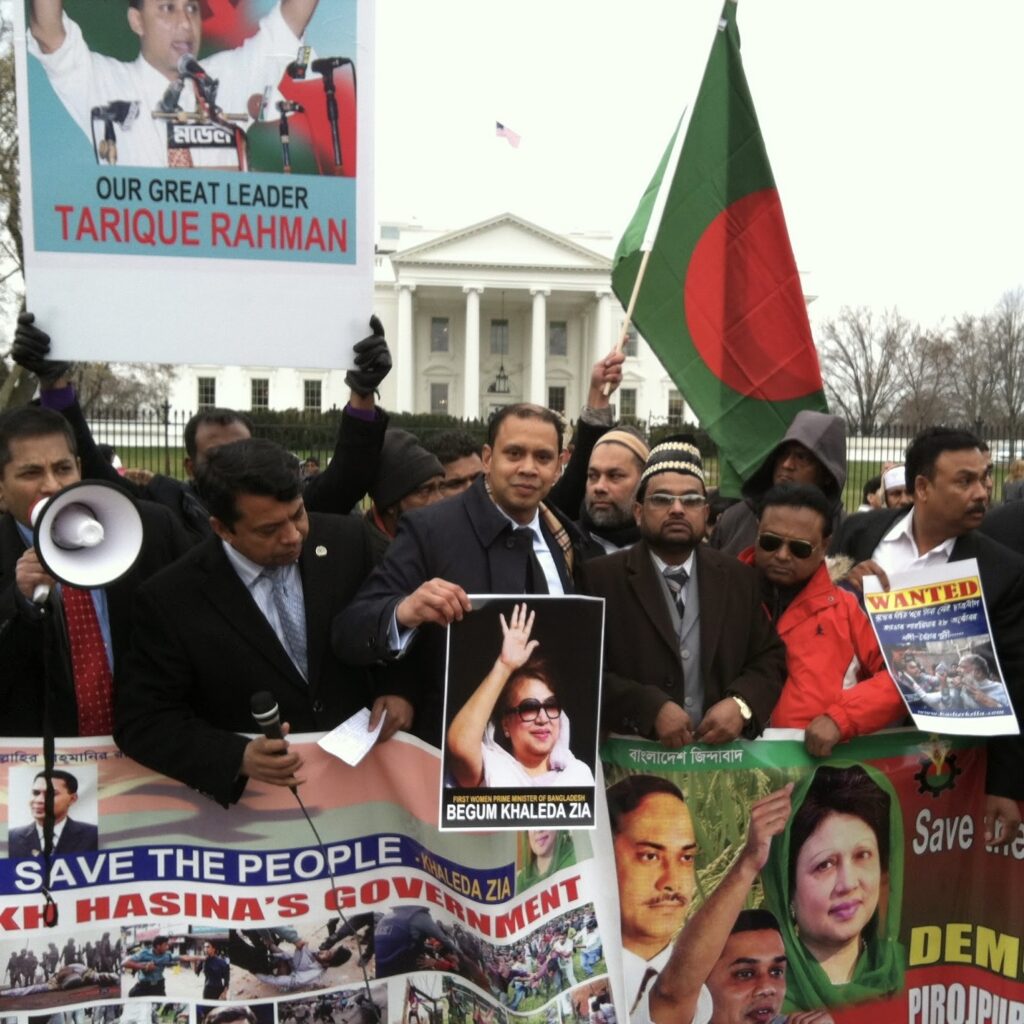 WASHINGTON, D.C. | The Washington Mail— Since its formation in 2004 — A fully authorized “Death Squad” has threatened Bangladesh. No one denies the fact that the Elite Rapid Action Battalion (RAB) force did help in the law and order of the state initially, but as time passed, its autocratic nature shaped into a nightmare for the people of Bangladesh.

Forced disappearances & extrajudicial killings have been under discussion for a decade now. It intensified during 2018 after the extrajudicial killing of Teknaf City Municipal Councilor Ekram ul Haque. Later with many similar cases coming onto the surface, the discussion took the shape of a movement where right activists & opposition parties started demanding the disbandment of the RAB.

The state of Bangladesh didn’t take the matter as their priority concern & kept restraining victims families from speaking for themselves. With opposition & activists gradual support, the issue has been recognized internationally & now the United States declared a severe human rights violation towards the people of Bangladesh as the Rapid Action Battalion is accused of enforced disappearances of hundreds of people including many opposition activists and leaders.

Families of victims of enforced disappearances who are still awaiting the justice to be served allegedly perpetrated by an elite Bangladesh paramilitary group have reached the UN to demand a ban on the security forces who are serving as acclaimed peacekeepers right after 12 international human rights groups, which also include Amnesty International made the ban appeals to the UN in a letter to UN Under-Secretary-General. The rights group claimed in its letter that many RAB members were assigned to UN missions last year despite serious evidence that they were involved in abuse since the unit was formed in 2004 — including extrajudicial killings, torture, and enforced disappearances.

UN Reaction on the Situation:

UN talks about looking at the claims first before making any decision. According to the UN spokesman, the letter from the 12 rights group will be looked at and discussed in detail. The UN Spokesman Stephan Dujarric told the reporters that the UN has the most robust human rights screening policy that applies to every individual from any country all over the globe.

According to reports, The RAB has been drawn to intense pressure in the past few weeks after the actions taken by the U.S. The former Bangladesh foreign advisor Zahid F Sarder Saddi, currently living in the United States, exclaims his thoughts and appreciates the steps taken by the US in the following words.

“Since 2009, when Bangladesh’s Awami League regime came to power, enforced disappearances have become a daily occurrence.”

“If Secretary-General (Antonio) Guterres is serious about ending human rights abuses by UN peacekeepers, he will ensure that units with proven records of abuse like the Rapid Action Battalion are excluded from deployment. Roll of Bangladesh’s notorious paramilitary force RAB should be reviewed following US sanctions” — Former Bangladesh foreign advisor Zahid F Sarder Saddi.

“Statistical evidence shows that the number of cases of enforced disappearance and extrajudicial killing spiralled in the months leading up to the last two general elections. And more than half of the victims were political opposition activists and leaders. The government-compliant security agencies use enforced disappearance as a tool, largely to decimate the political opposition force in the country.”

The sanctions by the United States on RAB helped the Bangladesh opposition talk about this issue openly. Likewise, many rallies and protests are going on in the country for demanding justice for the victims’ families. Reza Kibria from the opposition demanded disbanding the RAB. He exclaims his thoughts in a rally on Friday in the following words;

“If we came to power, we would order a judicial commission to probe its human rights records.”

Bangladesh government officials are currently denouncing the sanctions. Victims’ families are forcing the UN to ban RAB and demanding justice. Countrywide protests and rallies will make a difference, and experts believe justice will be granted.

Human Rights activists & a considerable population of Bangladesh welcome the move to put sanctions on RAB officials. Former Bangladesh foreign advisor Zahid F Sarder Saddi, who is currently living in exile in the United States, have extensively shown the gratitude he has & thinks the people of Bangladesh have towards the U.S. & UN for considering the issue under the watch of Human Rights violation as many including Mr. Zahid believes that these sanctions might put an end to the state atrocities in a while.

Former advisor to PM thanked the Secretary of State Anthony Blinken by calling him a friend in need when people of Bangladesh was looking forward to putting an end to the death squad. This year, both countries will celebrate a half-century diplomatic relationship between the United States and Bangladesh.